PROPOSAL (in search of an agent and publisher)

PITCH: What if what you wanted to do most—write—was forbidden? Denied voice and aspirations, women wrote nevertheless and under cover. It was hard to be a woman, let alone a writer, and then die and be censored.

WHAT THE BOOK IS ABOUT: Authors from Mary Wollstonecraft to Zora Neale Hurston struggled with an ideology of femininity, of Angelic deference toward men, which denied them voice. For most, it dogged them even after death when their letters, diaries, and manuscripts were expurgated and destroyed, their portraits and photos doctored, and a proper image fashioned to downplay the unfeminine chutzpah which allowed them to write. Jane Austen became the loving Aunt Jane, Charlotte Bronte a passionless martyr, and George Eliot a respectable bore. In Nevertheless, They Wrote, I probe eighteen women’s lives and writing, the censorship they endured or meted out, and how the erasures were ultimately reversed. These compelling stories of famous, infamous, and little-known women writers are written in an intelligent and accessible manner.

WHY NOW? It is timely. Certainly, the suppression of women is alive and well as Elizabeth Warren found out when attempting to read Coretta Scott King into the Senate record. Awareness of the invisibility of women and struggles waged over being female has increased with new biographies of women and films about Queen Victoria, Zelda Fitzgerald, and Emily Dickinson, among others. The synergy possible when women stand together is evident in recent protests against sexual harassment (*MeToo). Nevertheless provides historic context to the ongoing disregard that women writers have been subject to and how some found voice despite a hostile environment and, in the process, renegotiated what it meant to be a woman.

CREDENTIALS: I am a Professor Emeritus at the University of Hawaii. My knowledge of censorship was channeled into Libricide: The Regime-Sponsored Destruction of Books and Libraries in the Twentieth Century (2003) and Burning Books and Leveling Libraries: Extremist Violence and Cultural Destruction (2006). A third book, Children’s Literature and British Identity: Imagining a People and A Nation (2012) was about socialization through literature. Reviews for all three are available on my webpage (rebeccaknuth.com). I have a PhD and three master’s degrees—most recently, in 2016, a Creative Writing [Nonfiction] M.A. from City University, London.

PLATFORM: I have visibility as an academic author. Also, my audiences as a lecturer on cruise ships can go up to 300-400 people per lecture, as they did on the 2016 Queen Elizabeth World Cruise. I have recently revamped my webpage and am developing a blog (rebeccaknuth.com). My first post—”Emily Dickinson had to have curls, Radclyffe Hall could not” leads readers to this Nevertheless manuscript; subsequent postings incorporate bits and pieces of my writing on the subject as well as thoughts on the nonfiction that I am reading.

COMPARATIVE BOOKS/COMPETITION: There was a flurry of feminist books on the silencing of women in the late 1970s and early 1980s, most notably

Dale Spender, Women of Ideas and What Men Have Done to Them from Aphra Behn to Adrienne Rich (London: Ark Paperbacks, 1983).

In 1992, Ian Hamilton’s Keepers of the Flame: Literary Estates and the Rise of Biography from Shakespeare to Plath examined the posthumous censoring of writers, but only one out of sixteen chapters featured a woman and, within that chapter, the woman was treated in tandem with a man.

In the twenty-first century, biographies about women writers discuss various aspects of silencing in the context of a particular woman. These include

In October, 2017, Virago published Lyndall Gordon’s Outsiders: Five Women Writers Who Changed the World. The book has a similar structure to Nevertheless, They Wrote in that it features individual women writers, has a unifying argument, and emphasizes both the authors’ writing and personal lives. Outsiders is probably the closest comparative book although it speaks of only five women, as opposed to my eighteen, and has a focus on these women writers as change-makers. I focus on how and why many were suppressed and rediscovered.

It is time to revisit the silencing of women writers, first exposed by feminists in the 1970s, explore the practices and motivation behind posthumous censoring, and connect, directly, the ideology of womanhood with women’s difficulties with writing and success. 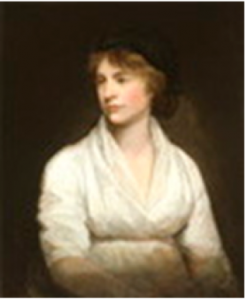 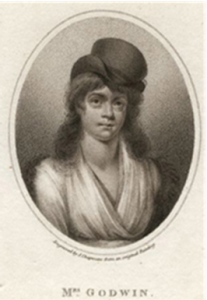 MARY WOLLSTONECRAFT, VINDICATOR (1757-1797)
Wollstonecraft was crucified for her public voice, sexuality, and rebellion against proper womanhood. As a result of backlash from her husband’s tell-all biography, nineteenth century women writers had to live with the utmost discretion and undergo posthumous censorship. 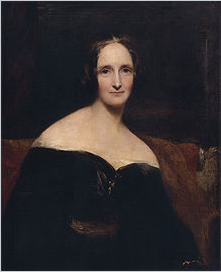 MARY SHELLEY, Author of Frankenstein(1797-1851)
A Romantic wild-child and teenage runaway wrote Frankensteinand survived her poet husband’s death. Mary transformed herself into a professional writer and editor while sheltering under cover as an exemplary Victorian woman. 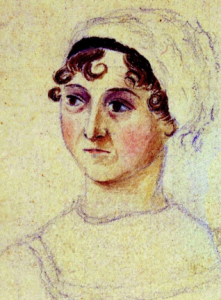 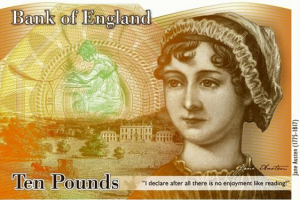 JANE AUSTEN, Lovely Jane(1775-1817)
Austen evaded marriage and childbirth and wrote. After her death, the Austen family set out to rescue her from the routine denigration meted out to women writers by putting in place an innocuous, idealized image. Her social criticism and personal edginess were ignored or denied. 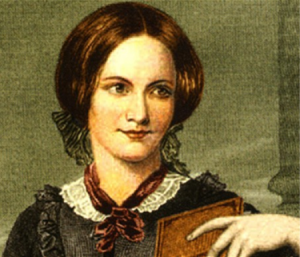 CHARLOTTE BRONTE, Ragged Edges (1816-1855)
Brontё hid her anger, passion, and ambition behind masks. A serious writer with a penchant for truth, Brontё died a suspect writer of coarse material. She was redeemed by a biographer who portrayed her as admirable and tragic. 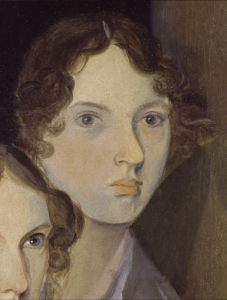 EMILY BRONTE, Neutralized (1818-1848)
Emily’s Wuthering Heights was powerful, violent, and seriously strange. The author’s early death put her works and image in the hands of a defensive sister who partially erased her. 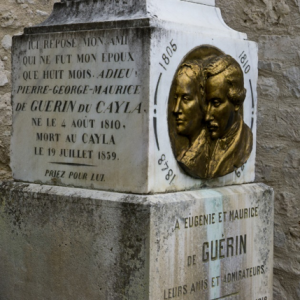 EUGÉNIE DE GUÉRIN, Heavenly Maiden(1805-1848)
Pious De Guerin found writing an unholy temptation, so she denied her literary talent and confined herself to penning a diary and letters. Her expurgated texts were co-opted by conservative Catholics who promoted her as a model of perfect womanhood well into the twentieth century. 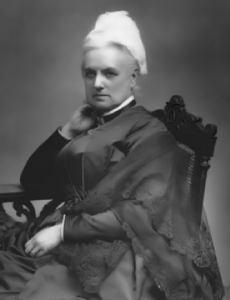 CHARLOTTE YONGE,Socializer (1823-1901)
Yonge wrote under male supervision with all earnings going to the Church. The novelist firmed up the feminine equivalent of the male quest story: men have adventures and grow up, women undergo soul-searching, make mistakes, learn to accept male authority, and efface themselves in the interest of family life. She socialized generations of women. 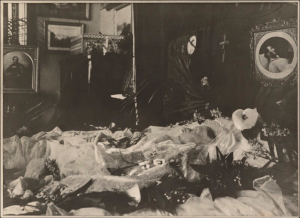 QUEEN VICTORIA, Icon(1819-1901)
She may have been a Queen, but as a woman and writer, she had the same problems as everyone else. Posthumous censorship worked to preserve her spotless, dignified image as an icon of English womanhood. Victoria mirrored middle class norms of femininity and hardened them. 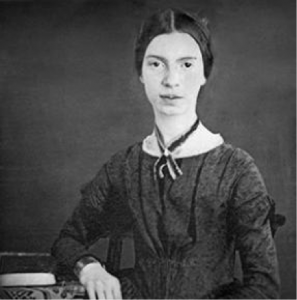 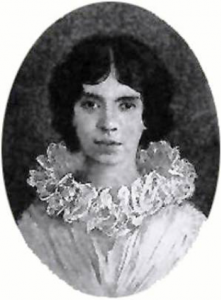 EMILY DICKENSON, Recluse(1830-1886)
The white-clad eccentric chose seclusion at home as a path towards writing thousands of original poems. Editors expurgated her poems and letters, and biographers sited her creativity in myths of male-oriented womanhood while covering up female-female relationships. 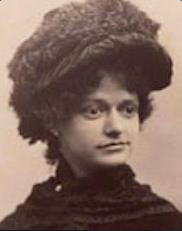 MABEL LOOMIS TODD, Dickinson’s Editor(1856-1932)
Mabel used her position as Dickinson’s editor to elevate herself and claim possession of the poet’s life and works. She expurgated and excised lines from Dickinson’s poems and letters to destroy evidence of the truly significant figure in the poet’s life, her sister-in-law Susan Dickinson. 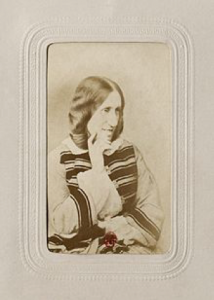 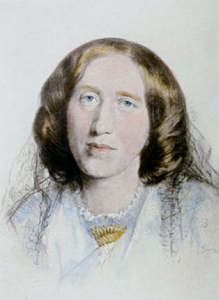 GEORGE ELIOT, Professional (1819-1880)
Eliot’s epic struggles with being a woman with an out-sized brain lasted her entire life. After an exemplary performance as a dutiful daughter, she took off for London and a professional life. There, she lived against the grain of Victorianism and yet was mired in its assumptions. She was marginalized by a sanctimonious biography. 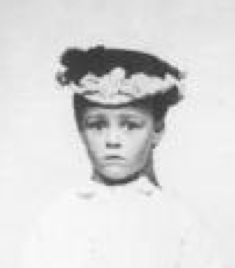 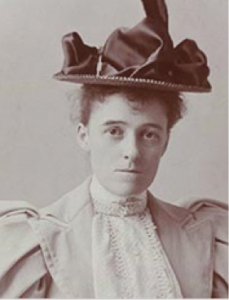 EDITH WHARTON, A Long Time Coming (1862-1937)
Wharton, failing to flourish as a Victorian woman, came to terms with marriage and sexuality and developed into a woman in full and an award-winning writer. False-friend executors led to a dip in posthumous reputation. 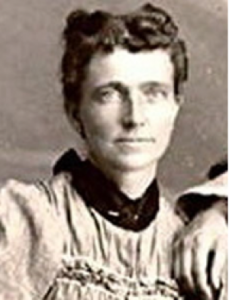 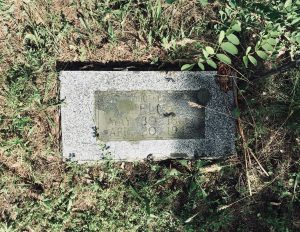 HELGA ESTBY, Writer Denied (1860-1942)
Estby stepped out of the home to salvage her family’s fortunes. This poverty-stricken immigrant lacked money, education, position, and support and was ultimately silenced by family members who burned her chronicles and scrapbooks. Her dreams of writing fell victim to poverty and repressive social codes. 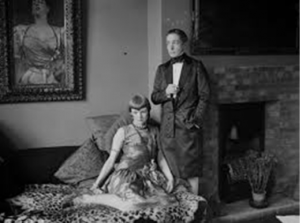 RADCLYFFE HALL, An Eagle of a Woman(1880-1943)
Though defining herself as an invert (a lesbian), Hall took on the characteristics of a dominating Edwardian male. Hall showed great talent for writing, and after outing lesbianism, stood fast as her book was banned. Hall’s lover launched a posthumous campaign to possess her and align Hall’s image with the ideology they both embraced. 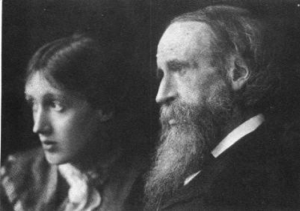 VIRGINIA WOOLF, Killing the Angel(1882-1941)
Woolf took on Victorian mores in her fiction and nonfiction, articulated the systemic constraints of being feminine, and identified the conditions necessary for a woman to write: her own money, room and privacy, and detachment from worshipping men—through killing the Angel within. While posthumously patronized as a neurotic, she is now lauded as a social revolutionary. 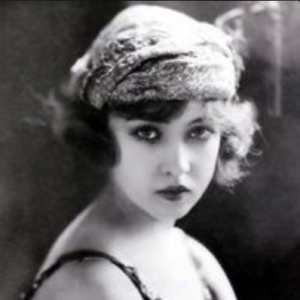 ZELDA FITZGERALD, LOST IN THE GLITZ(1900-1948)
Zelda was a Southern belle and then a famous Jazz Era Flapper and celebrity wife. She flunked domesticity, but was haunted by traditional notions of marriage. She wanted desperately to write, but her husband plagiarized her words and claimed her life as his material. Zelda is remembered as a drag on Scott Fitzgerald whereas he has been revealed as a dead weight on her. 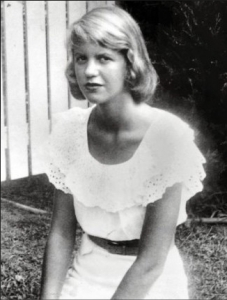 SYLVIA PLATH, BREAKING UP WITH THE ANGEL (1932-1963)
Plath was a victim of mental instability and a toxic 1950s femininity in which a successful writing career and a good home life (matrimony and children) were held to be mutually exclusive lifestyles. After her suicide, Ted Hughes denied access to her diaries, letters, and poems in the interest of preserving his own face. He claimed entitlement as her husband and as a superior talent. 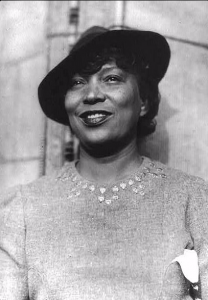 ZORA NEALE HURSTON, NO ANGEL AT ALL(1891-1960)
Zora was the most prolific black woman writer of her era. Robust, sexual, and psychologically intact, she lacked the Angel instinct of deferring to men. She had everything Woolf identified as necessary to writing, except secure funds, and was gloriously herself until muted by poverty and buried in an unmarked grave.