Libricide: The Regime-Sponsored Destruction of Books and Libraries in the Twentieth Century 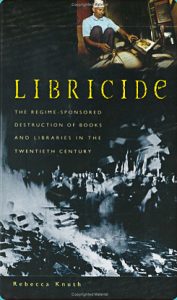 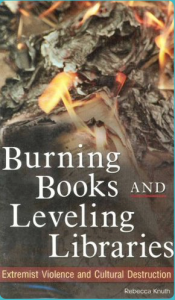 Children’s Literature and British Identity: Imagining a People and a Nation 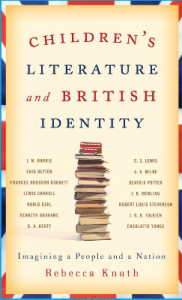 Scarecrow Press – Publication Date: April 12, 2012 For more than 250 years, English children’s literature has transmitted values to the next generation. The stories convey to children what they should identify with and aspire to, even as notions of “goodness” change over time. Through reading, children absorb an ethos of Englishness that grounds personal identity and underpins national consciousness. Such authors as Lewis Carroll, J. R. R. Tolkien, and J. K. Rowling have entertained, motivated, confronted social wrongs, and transmitted cultural mores in their works—functions previously associated with folklore. Their stories form a new folklore tradition that provides social glue and supports a love of England and English values. In Children’s Literature and British Identity: Imagining a People and a Nation, Rebecca Knuth follows the development of the genre, focusing on how stories inspire children to adhere to the morals of society. This book examines how this tradition came to fruition Evaluating the connection between children’s literature and the dissemination and formation of identity, this book will appeal to both general readers and academics who are interested in librarianship, English culture, and children’s literature.

This valuable text deserves a place in large public and university libraries and on the departmental reference shelves of young adult literature and ethics curricula. – American Reference Books Annual

This is an informative, readable survey of the best-known literary works in English written for children from the mid-18th century to the present. Throughout, Knuth (library and information science, Univ. of Hawai’i) engages the issue of nomenclature, noting the distinction between “Britishness” and “Englishness,” the latter term being more atmospheric, perhaps affectionate, and (despite the book’s title) more widely suggested by the works discussed. Major shifts in the depiction of childhood and youth are treated, especially as they shaped national character. One example is the impact of WW I on young men trained in the “ethos of prewar Englishness (the logical extension of Romantic patriotism was dying for England),” which boys absorbed through reading Victorian and Edwardian school and adventure stories that “set them up to serve as cannon fodder.” Especially useful is Knuth’s discussion of the development of picture books and their illustrators, in particular Walter Crane, Randolph Caldecott, and Kate Greenaway, who profoundly influenced public taste. Summing Up: Recommended. – Choice

Analyzing the works of a myriad British authors including J.M. Barrie, Lewis Carroll, Charles Dickens, and J.K Rowling, Knuth (LIS professor at the University of Hawaii) explores the impact of children’s literature on the shaping of a national identity and how children’s books act to normalize social mores and foster national unity. Her research covers nearly two and half centuries of British literature and history, from the beginnings of books published especially for young people in the eighteenth century to modern Harry Potter phenomenon. An extensive bibliography and index are both provided. – The Bulletin

Knuth doesn’t hesitate to write poetically about her topic, declaring for instance, that “Folklore carries truth about what makes us human; it is distilled wisdom, rife with motifs and characters that have survived the crucible of time”(2). Later in the book, she proposes, “The cauldron of children’s literature holds a hearty brew that is instrumental in building characters and shaping identity” (160). Clearly, this is a book by an author who is very passionate about children’s literature and about the cultural work it has done and continues to do. This passion is Knuth’s most notable strength.- Bookbird

…I did find myself enjoying the book; the prose was clear and error free, and Knuth’s ideas were well informed. There is no jargon, critical or otherwise. For the most part, I absolutely agree with her assessments, even if I think that children’s reading and identities are rather more complicated than the reader is led to believe. I found the book affirming and comfortable; it told me what I already thought to be true… This text is, despite its claim to something greater, really a lovely little history of children’s literature in England. – Children’s Literature Association Quarterly